The Uniglobe senior management team includes the brightest, most entrepreneurial minds in the travel industry 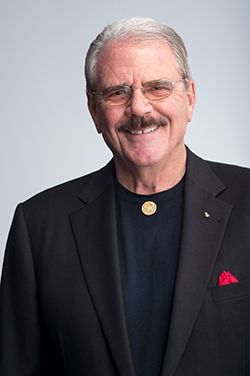 German-born U. Gary Charlwood knew he wanted to be in the travel industry when he took a job as a part-time tour guide to finance his university education in England. In the mid-1960s, he moved his young family to Canada and joined the airline industry as a passenger agent.

By his late twenties, Charlwood was named Director of Consumer Affairs for Canadian Pacific Air Lines.  Faced with a choice to continue his upward career path in the airlines or follow his entrepreneurial instincts, Charlwood pivoted to go into business for himself.

Following those instincts paid off. Charlwood started out in real estate, selling an astounding 118 homes in 15 months, founding his first company and earning eight times in one year what he made in his airline career. He invested his capital in the purchase of the Canadian master franchise rights to the CENTURY 21 real estate brand. Five years later, he founded his own international franchise brand, Uniglobe Travel International.

Today, Charlwood is a global franchising success story, international speaker, business mentor and an inductee to both the International Franchise Association (IFA) and American Society of Travel Agents (ASTA) Halls of Fame and the recipient of the Canadian Franchise Assoication (CFA) Lifetime Achievement Award.

Charlwood was the first non-U.S. citizen to hold the position of IFA Chair and was Founding Chair of the ASTA Corporate Advisory Council which advocates for the travel industry.

Fluent in English, German, Spanish and French, Charlwood has never lost his passion for travel. He often attends international events, engaging franchisees and budding entrepreneurs with his vision, wit and wisdom. Says Charlwood, "One of the greatest benefits of being in the travel franchising industry is the opportunity to see the world and meet so many exceptional people."

Using their combined strengths in business development, technology, finance and operations, each member of the Uniglobe leadership team works together with agency owners to promote the business of travel and drive the Uniglobe mission:: To be the travel partner of choice in the SME market.